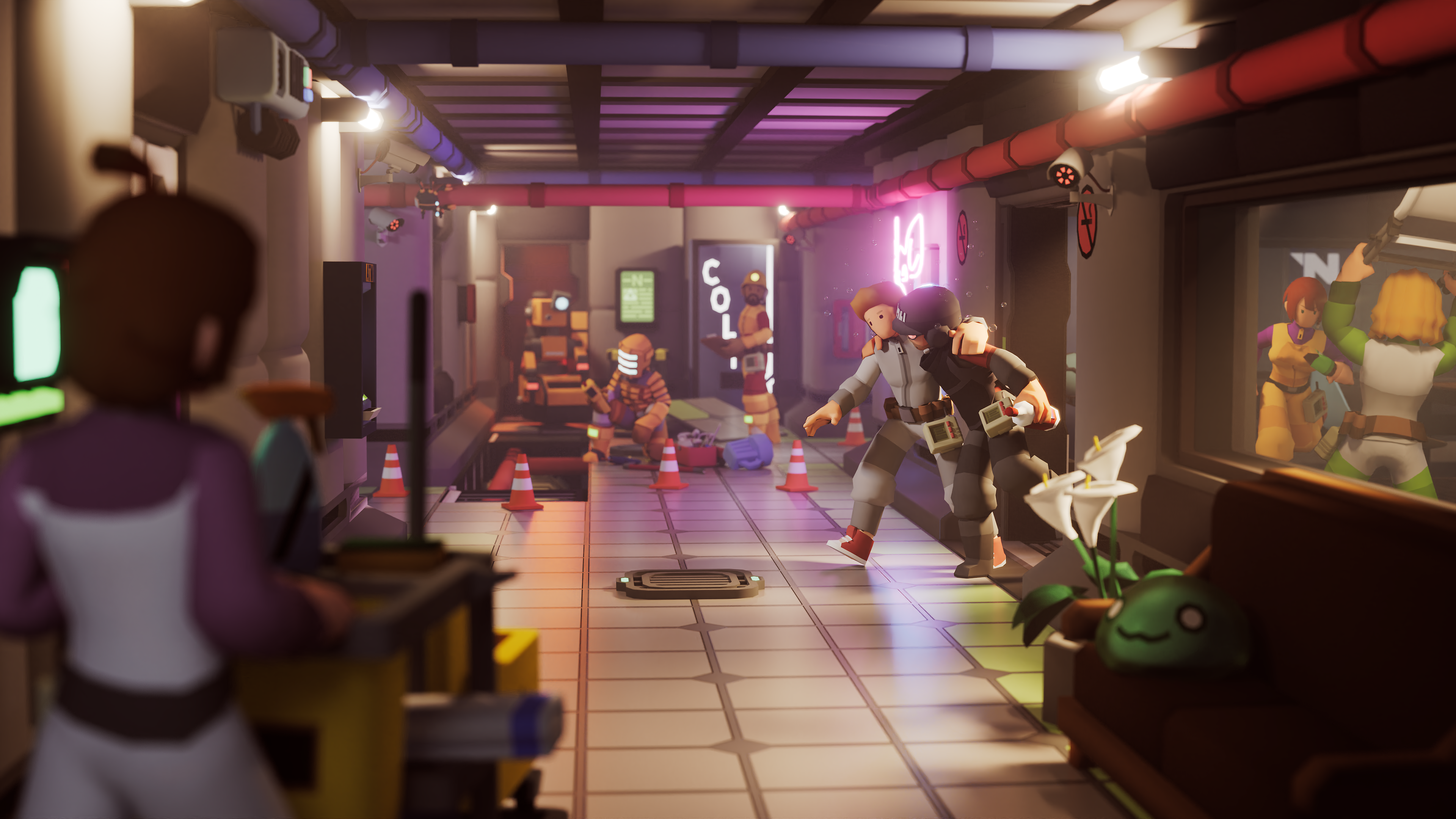 
“Starting over isn’t starting from scratch, it’s starting with experience.”

In the 1st quarter, I mentioned that we were making some changes mainly related to narrowing our focus down to a simpler initial game mode to get a minimal viable product (mvp) out, as well as some other upcoming changes that weren’t elaborated on at the time. After narrowing our goals we reviewed our current game and decided that some things were over-engineered, others inadequately designed, and some poorly implemented. There’s also a lot of extra content that frankly isn’t NEEDED in an mvp, so… we started another rework. It took some time to get organized and we have slowed our productivity on the current build and begun starting the rework.

We’ve critiqued our past mistakes and what has led to us having spouts of stagnation and hopefully have learned from these decisions and that it will benefit the rework. The rework is being led by John (Goao) and is going to be a complete rehaul of the codebase. He has made several documents recently to prepare us. He made a new document template and remade our old art guides and our GDD in the new template. He also made a document outlining the development plan for the rework thus far.

Project architecture and code quality (organization, proper usage, & modularity) are two of the big things that should substantially improve with the rehaul. We hope to not lose anything in the process and port over systems from our current codebase to the rework branch as we need them. So far it only supports a basic lobby system, player authentication, and underlying hub integration. So far it has mostly been John working on the rework but we have several eager souls waiting for him to start delegating more tasks for it. In the meantime, we have halted all major system work on the current branch but allowing smaller contributions to still be made that can be ported over to the rework when the time comes.

This quarter Eiko created an audio manager to manage our various audio scripts, and in doing so he transitioned all our current sounds over to using this new audio manager. He also added mixer groups for sfx, music, and ambiance so these can be adjusted separately in the settings menu (not added here). He also switched the audio panning so it’s relative to the camera now instead of the player.

Eiko also created a new ambiance script that uses variables to adjust the intensity of ambient sounds. Each variable is configured separately and will choose a random audio clip when applicable. The 3 variables Eiko added for now are ‘air’, ‘wind’, and ‘power’. These variables aren’t tied to anything in-game yet but are designed to fit the player’s environment. The ‘power’ ambiance will naturally be more intense the closer you are to a machine or the more machines running at once in a small space. ‘Wind’ will be used when there is atmospheric movement and ‘air’ represents the atmospheric density which will actually play ‘space’ ambiance when set to 0. The SFX sound group is also affected by lack of atmosphere and becomes extremely muffled (maybe some servers will turn it off altogether).

a Ghost who despite not being a regular modeler, is our only modeler this quarter. Contributing the classic Manly Dorf mug as well as adding liquid contents and some accessories to our old drinking glass set.

ProbablyNot continues his reputation for having the best blog art!

And Otome surprised us with a funny remix of Grimmie’s classic teaser (the remix is seen at the top of this post while the original can be found here.

This is the part where I tell you to join our Discord for more frequent updates or just hang out with the crew, er whatever.