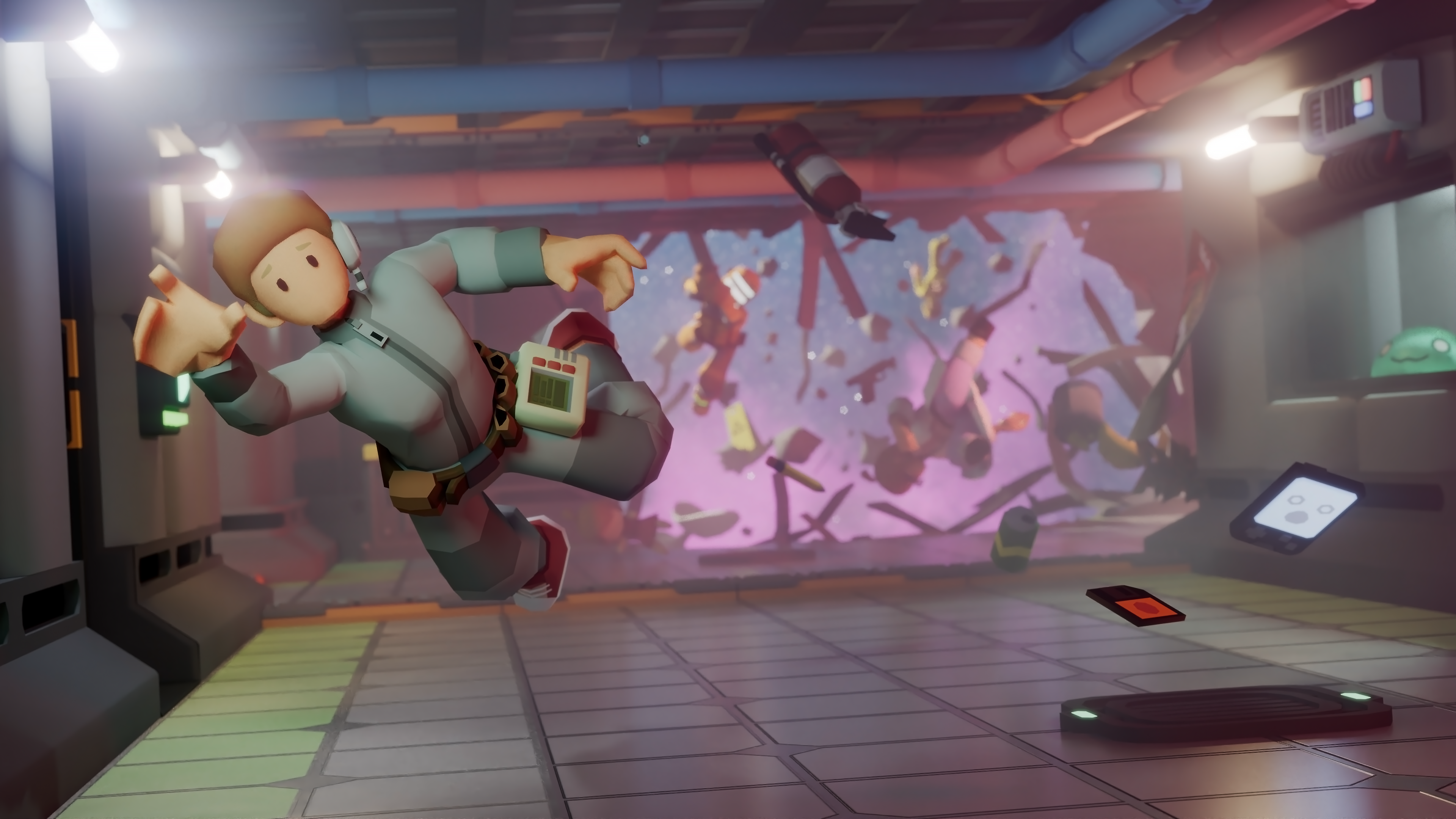 
“Ah yes, the moons are bright, the space carp are singing, and the radioactive solar winds are calm. What a beautiful day in space.”

This year we are changing up our blog schedule a little bit, by switching from monthly updates to quarterly updates. This is due to our sometimes slow development which can result in some months having short and nearly empty blog posts. I know many of you won’t like this decision as you would prefer to see more frequent updates even if they are packed with less content, but hopefully this will take a little bit of repetitive work off our small management team. If the frequency of our content output increases in the future we may come back to monthly updates though.

On the topic of small teams, it seems we have set our goals a bit too ambitiously again. We have been trying to work toward a playable game loop so players can have something to do and a goal, and although this goal hasn’t changed, it seems we have set our standard of a minimal game loop a bit high. We wanted to have all our core systems mostly fleshed out, like an intricate container system, complex atmospherics, electrical grid, etc. But we have now realized that spending so much time on this has prevented the players from having something fun to do in game. I don’t want to say too much yet as this discussion is still ongoing currently, but we are planning on simplifying the game loop requirements to push out a more simple playable game mode quicker, which will hopefully help draw in some players and maybe more contributors.

Another issue that has been plaguing our development has been our lack of concrete designs for our core systems. Even now we are still lacking a couple of designs, but the beginning of this year has seen some good progress in this area. Konstantin3001 has been consolidating much of our ideas about the health, combat, and crafting systems into respective documents, while Eiko has been working on our game design document which details the basic overview of the game we are building (things aren’t set in stone and some things in the document may still change or get added later).

In February, Eiko added scripts for managing object collision sound effects and added several sounds as well. He also recorded the demonstration below.

Eiko made a set of textures from the department symbols he made and has been using them on his 3D models.

Konstantin3001 is back again with more new textures, this time with new vehicle tracks as well as xeno footprints and recycle/dispose icons that were missed from late last year.

Gen submitted a few machines late last year but were missed and are being featured now. A wall-mounted button, nanite programmer, nanite cloud server, and a nanite controller hub.

More Head of Security clothing now thanks to Baga!

Eiko submitted a new set of airlocks resembling more of the classic ss13 style many of us are familiar with.

New this year, a Ghost has provided us with a few more sound effects including male gasping, male gulping, male sneezing, as well as some for bone snapping. The sneeze is quite good!

2022’s first blog art was brought to us by sir ProbablyNot.

SmokingMan returned with some more artwork as well. A close-up image of our favorite grey-clad individual getting in (or out of) some trouble. He also made the wholesome captain animation (seen up in the Q1 recap) which I believe has become an instant classic.

We should have more to share in Q2 as we continue to rework some of our game loop plans, in the meantime you are always welcome to join our Discord to check out more of what we’re doing or to contribute yourself!