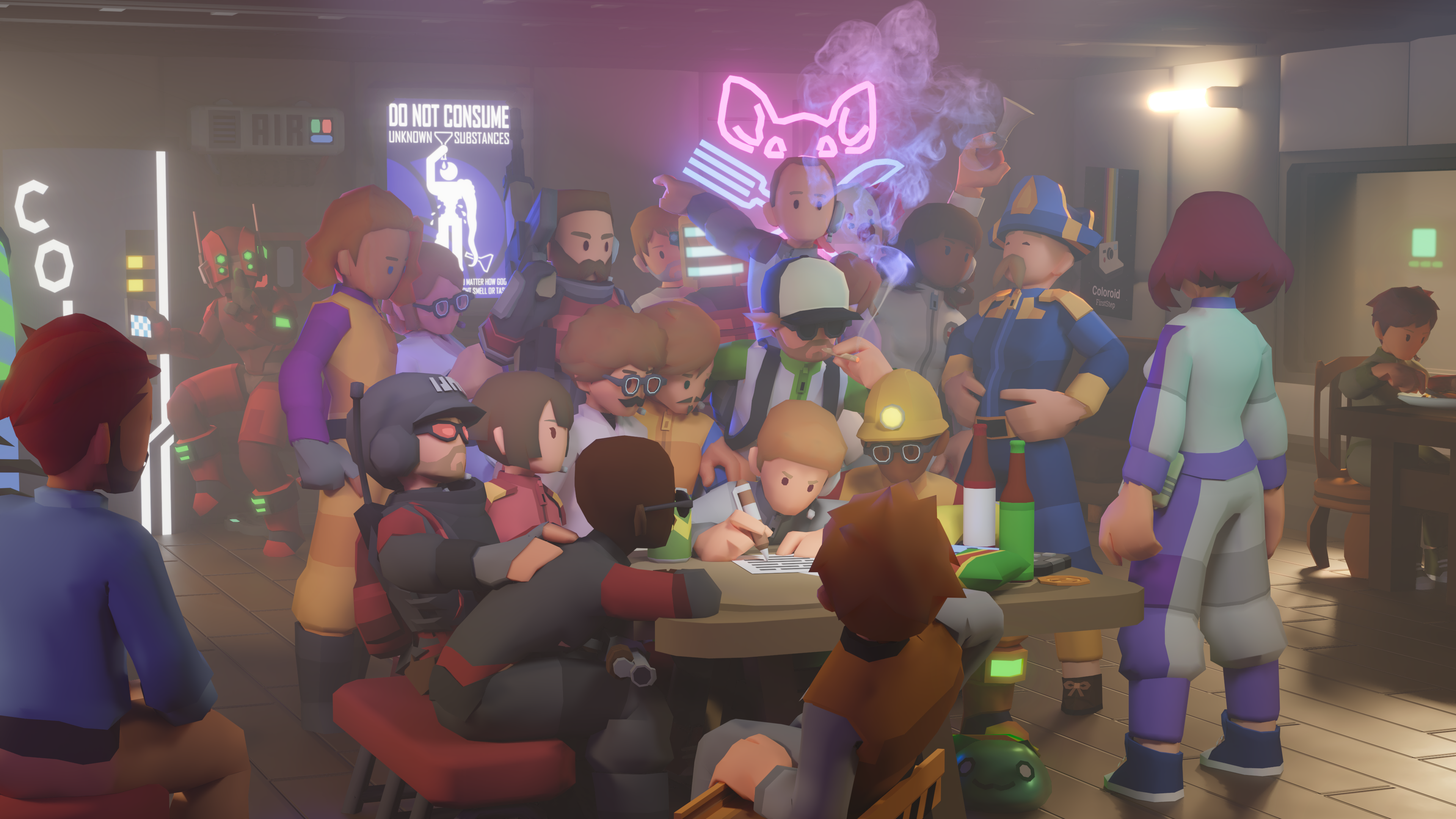 
“One day I will find the right words, and they will be simple.”

Another steady month here at RE:SS3D, as we continue to get a trickling of new contributors each month, both in the art and programming departments! Though, it’s actually a special month because as of just a couple of days ago we (RE:SS3D) had our 3rd anniversary, which many of us have difficulty believing it has already been that long. These last few years have produced huge amounts of discussion which sparked hundreds of ideas that have helped pave the way toward actually making 3D SS13 feasible.

Also, a big roadblock was lifted this month with the merging of our latest (and hopefully last ever) tilemap rework. From here we can finally begin a deeper discussion into systems we otherwise were holding off due to them relying on such a rework. We’re not out of the woods yet though, because after you clear one fallen tree there will surely be another.

The updated animator’s kit (v1.5) can be found here (download the whole folder).

We’ve also been long overdue for a new modeler’s kit update, so it feels good to finally get this update out. If you are an active modeler, please update your kit as the changes are fairly significant.

Spongie adjusted the burgundy reds on the Palette05, the colors are more similar now and the shades have a smoother gradient.

Eiko added a rigging template (.blend) and an accompanying guide pdf. The rigging template file contains template models for most general clothing objects both in item form and worn on the body form; while the guide goes into the details on how to make the clothing and hair work correctly with the player model and game design.

Finally, CosmicCoincidence added an file full of example models (.blend) which can be used as a quick reference for scale, styling, etc.

The updated modeler’s kit (v2.0) can be found here (download the whole folder).

Singulo significantly repaired and upgraded the chat system this month. He repaired the send controls and prevented the player from inputting rich text. He prevented chat windows from having no tabs and made the selected tab easier to identify. He got the channel selector to properly update. The close tab button works now and you can also re-order your tabs like a web browser. He did some repositioning and scaling of the chat UI. And he added the key ‘C’ to toggle the chat window open/close.

Calmilamsy (new this month) added a similar control, press ‘T’ to focus the chat window to quickly start typing (it will also toggle the window open if closed).

I think this is like our 3rd or 4th tilemap rework now, I don’t even know anymore. But BroodjeKipcorn has once again done God’s work by upgrading our previous tilemap system with many new features. Some of these features were necessary for us to move forward on dependent systems like electricity, gravity, shuttles, and more. The reworking process also resolved numerous tilemap-related bugs and even improves on our previous tilemap editor as well.

The design for the reworked system was finalized by Broodje, but many people had a part in helping with the brainstorming. One very notable individual who did a lot of work on the design initially is Onebi who spent a good amount of time conceptualizing and documenting a new design prior to it being scrutinized by the community and being finished up by Broodje.

The upgraded system is still tile-based but leverages collections more to process through objects on the same layer a bit faster. It also now divides the tilemap into 16 x 16 chunks which should allow for a more optimized system as well.

The tilemap is now fully serialized and can be both saved and loaded at will. This should not only make resolving Github merging conflicts on the map easier but will also allow for a wide assortment of possibilities like saving a broken down or chaotic station to load at the beginning of a new round for a rescue or clean-up mission. This could also be used to save multiple layouts of certain rooms, so areas of a station could be randomized between rounds while other areas remain consistent. (Currently saving and loading is only possible in the tilemap editor in Unity but we plan for the function to be possible in-game as well.)

Multi-tiled objects (ex. the cryotube is 2x2 tiles) are now supported by the tilemap and can no longer be placed in ways that clip into other nearby tile-based objects (structures/furniture). This on the surface seems fairly trivial but proved rather difficult with the possibility that a multi-tiled object could overlap multiple tilemap chunks.

Another huge fix is that the tile object networking is no longer broken which fixed a few bugs but most notably where certain tile object states were not synced across server and client (like the jukebox being turned on for 1 player but not the other).

Probably my favorite part of the tilemap rework is the addition of multiple tilemap support, this means that we are no longer are limited to just 1 tilemap per map. This allows for things like shuttles/ships/pods to have their own tilemap and move and rotate irrespectively of one another. Although we do not have tilemap movement or rotation implemented yet, this will allow for truly pilotable ships (which we have many ideas for). The support for multiple tilemaps within a singular map may allow for us to even break apart ships/stations into multiple separate objects which drift apart instead of staying locked in place.

The Tilemap editor also received many upgrades to complement the system upgrades it also still includes all the great features from before. Since we can now have multiple tilemaps within a map file, you can easily switch your active tilemap with a click of a button to switch between them and a setting to mark one of these tilemaps as the primary tilemap. The editor tells you how many map chunks your tilemap is made up of and can outline them on the map with a toggle setting. Another toggle setting that was added is the overwrite setting which means you can easily replace an object with another object of the same layer type in one action instead of having to delete the first object and then place the new object. Finally, it is also now possible to visibly toggle tilemap layers to make it easier to see and work on other layers.

Although the rework resulted in us having to toss out our old maps, Broodje kindly built us a new “ministation” map which has a secondary “shuttle” tilemap included. There’s a BUNCH more little improvements and fixes that were included in this rework that I simply didn’t cover here too. I wanted to include a clip of the tilemap system to visually show it off a bit more, but there isn’t much to show at this time besides looking at a map. Once we get tilemap movement implemented that will change and I promise to get you guys that clip then.

Cornelius stopped by momentarily this month to drop off some plants, you may recognize some of them from your favorite SS13 servers!

I (CosmicCoincidence) decided to model and submit these basic wooden fences. Why? shrug

Eiko kindly resubmitted his adorable penguins from 2 years ago that seemed to have gotten lost with time.

Spongie (new this month) submitted a bunch of awesome models! 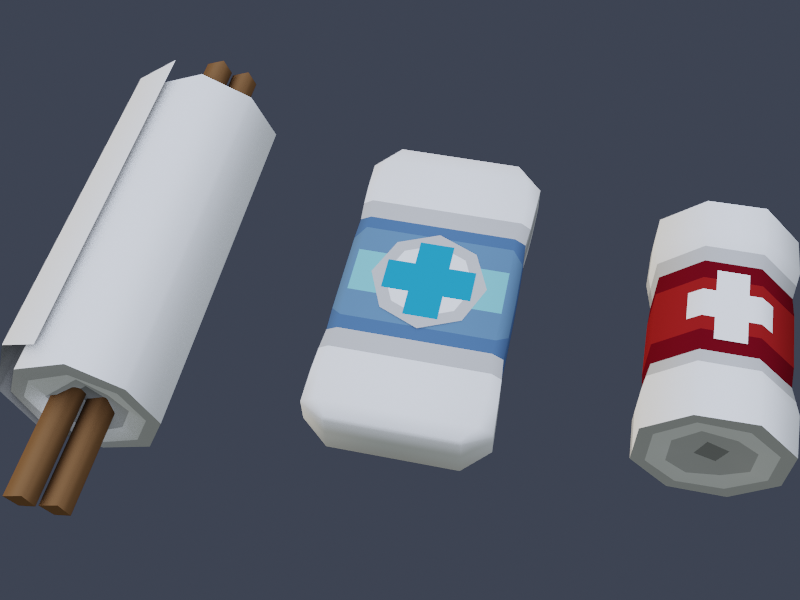 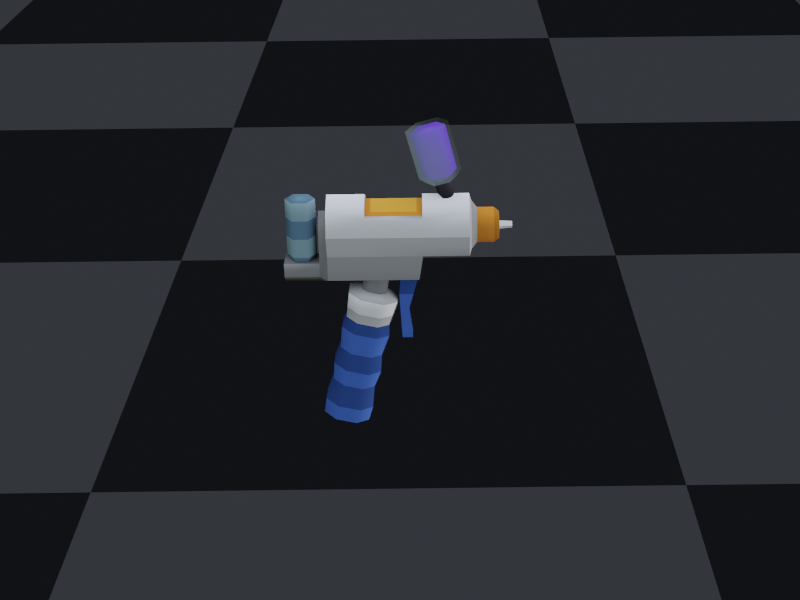 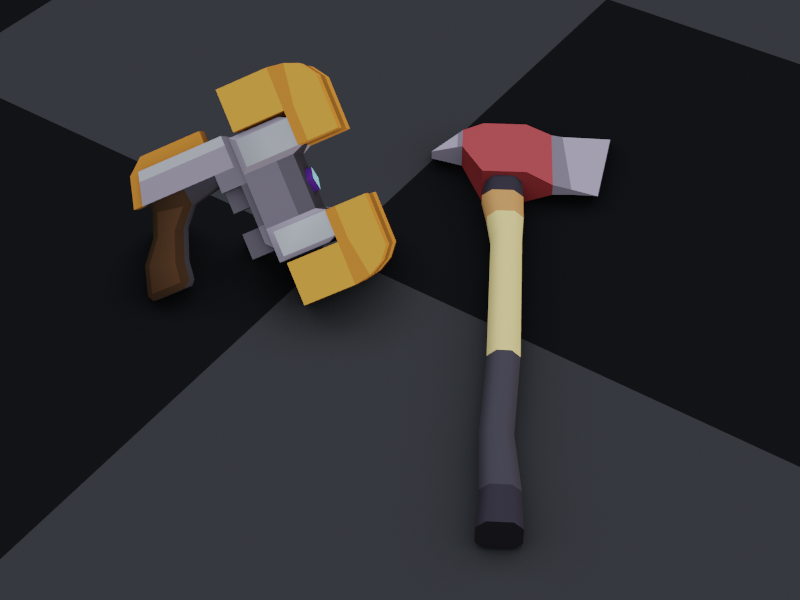 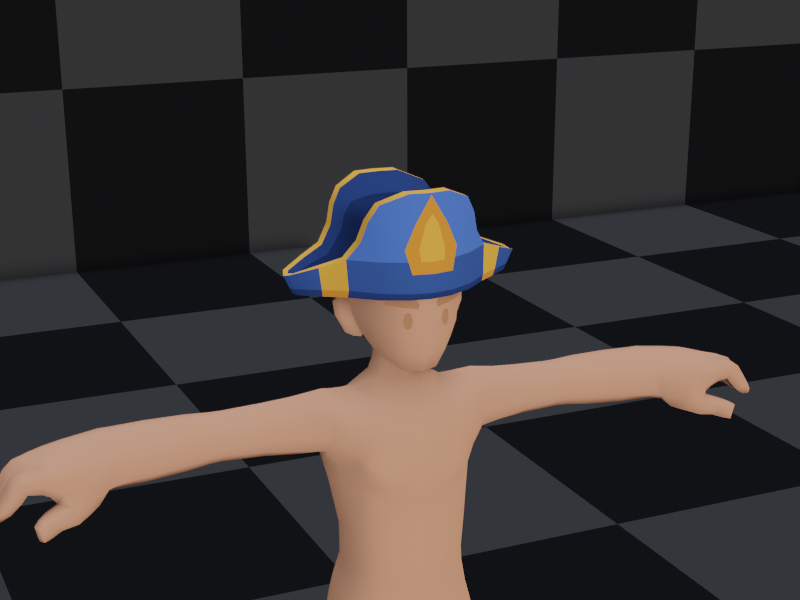 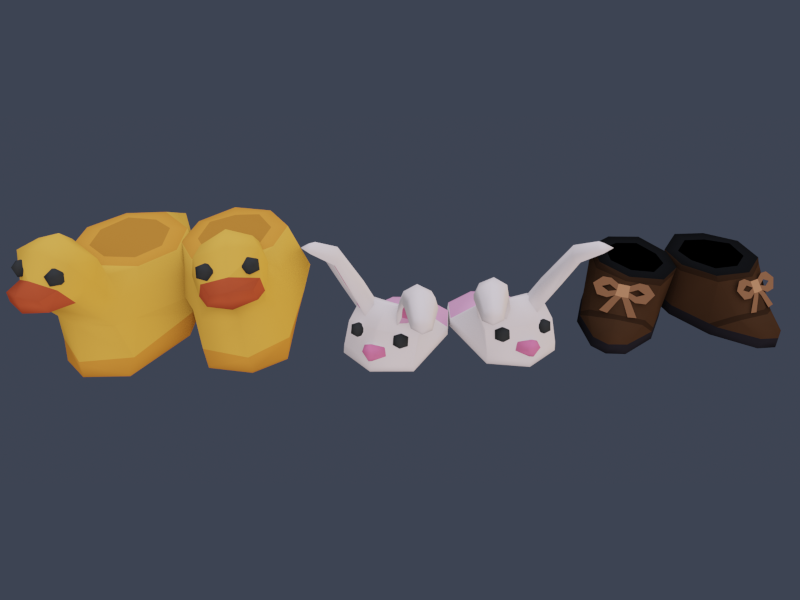 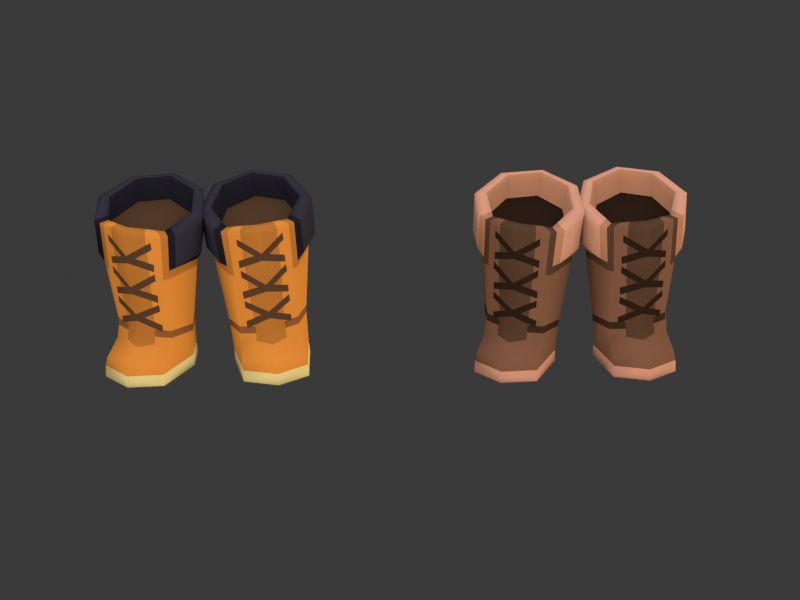 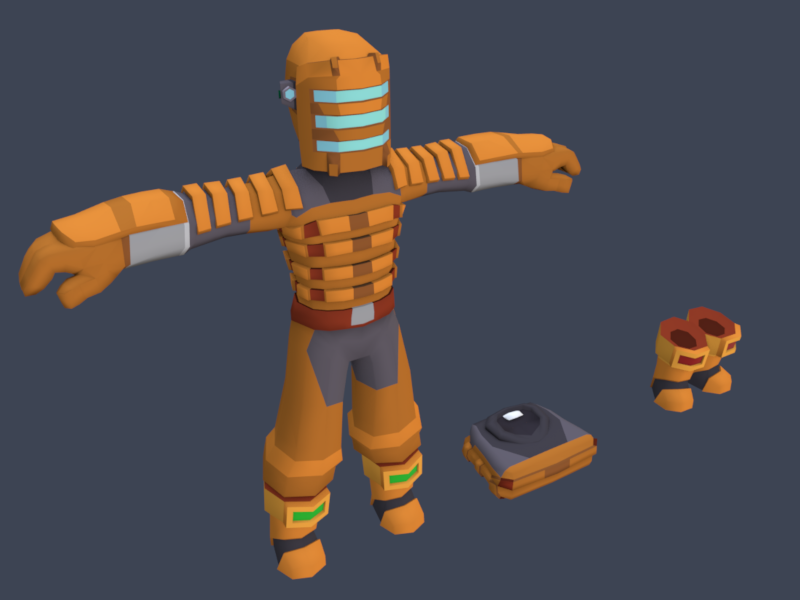 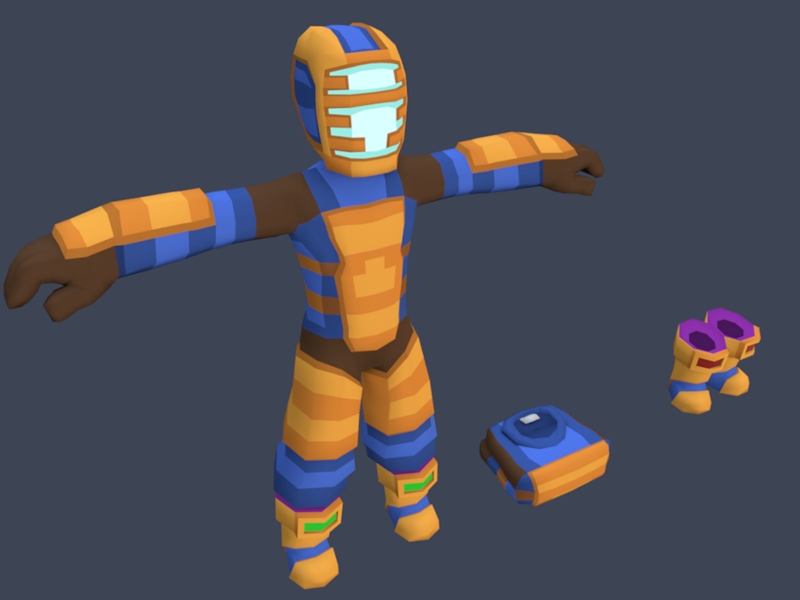 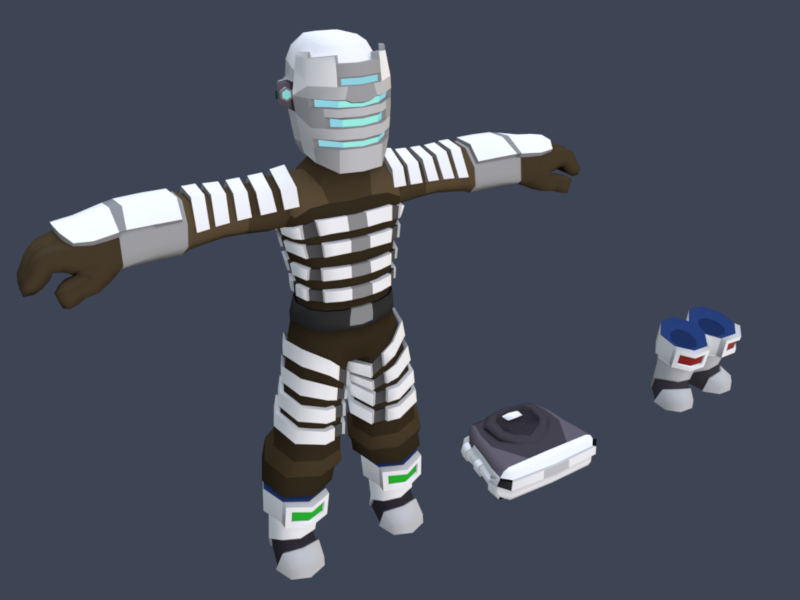 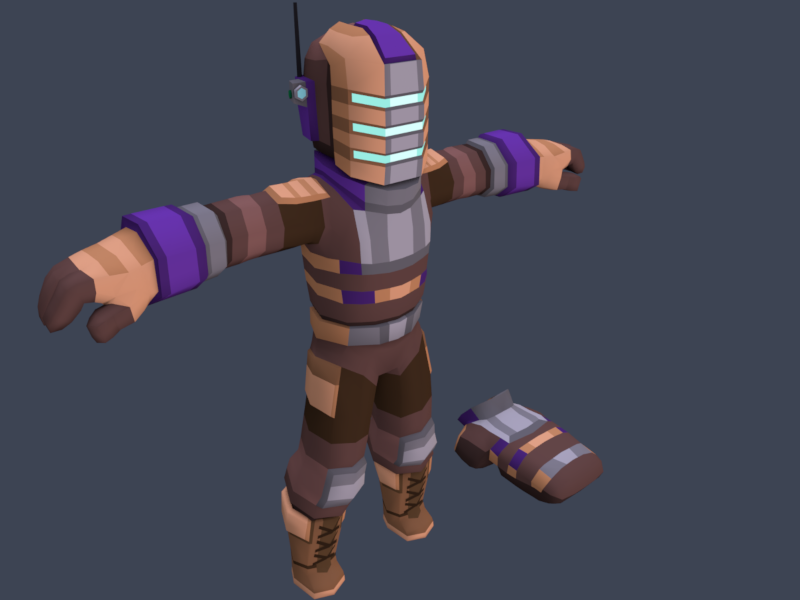 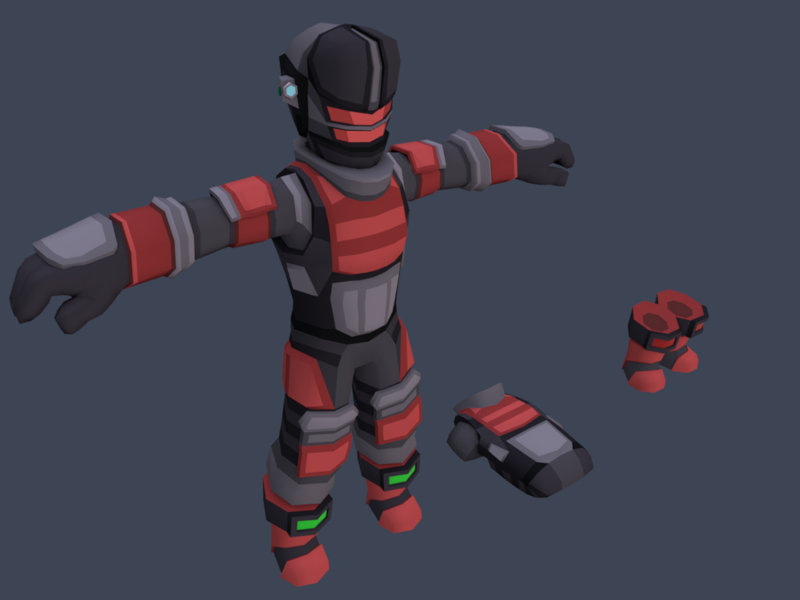 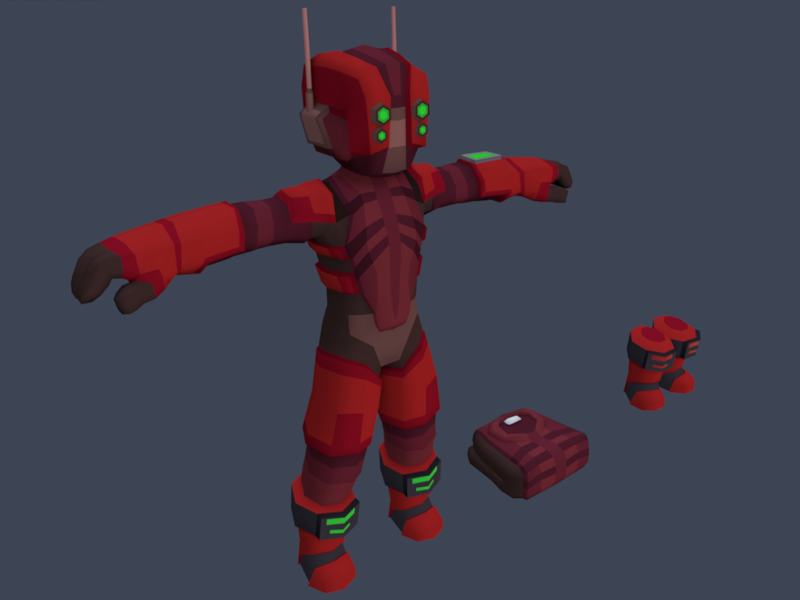 Konstantin is always dominating this section and this month he did so be these fantastic bullet hole overlays and this totally not Mr. House AI screen.

We don’t get audio submissions too often so it’s always fun when we do; from John this month, “Breach”.

Spongie also made these wonderfully immersive wallpapers using the new engineer hardsuit and plasmacutter they made.

Again ProbablyNot blessed us with another great blog cover art, as well as a bonus render to tease you on the new trailer he is working on.

These eventful months are always a blast, and with the tilemap roadblock now lifted these active months should start becoming more common for us. We also want to thank all of our supporters, contributors, and idea guys over the last 3 years. As a contributor and maintainer for the last 2 years, it’s been a hell of a blast and I know the other developers will say the same thing!

If you’re interested in joining the discussions surrounding design and development or simply lurking to check out content as it’s being made, please feel free to join us on our Discord.