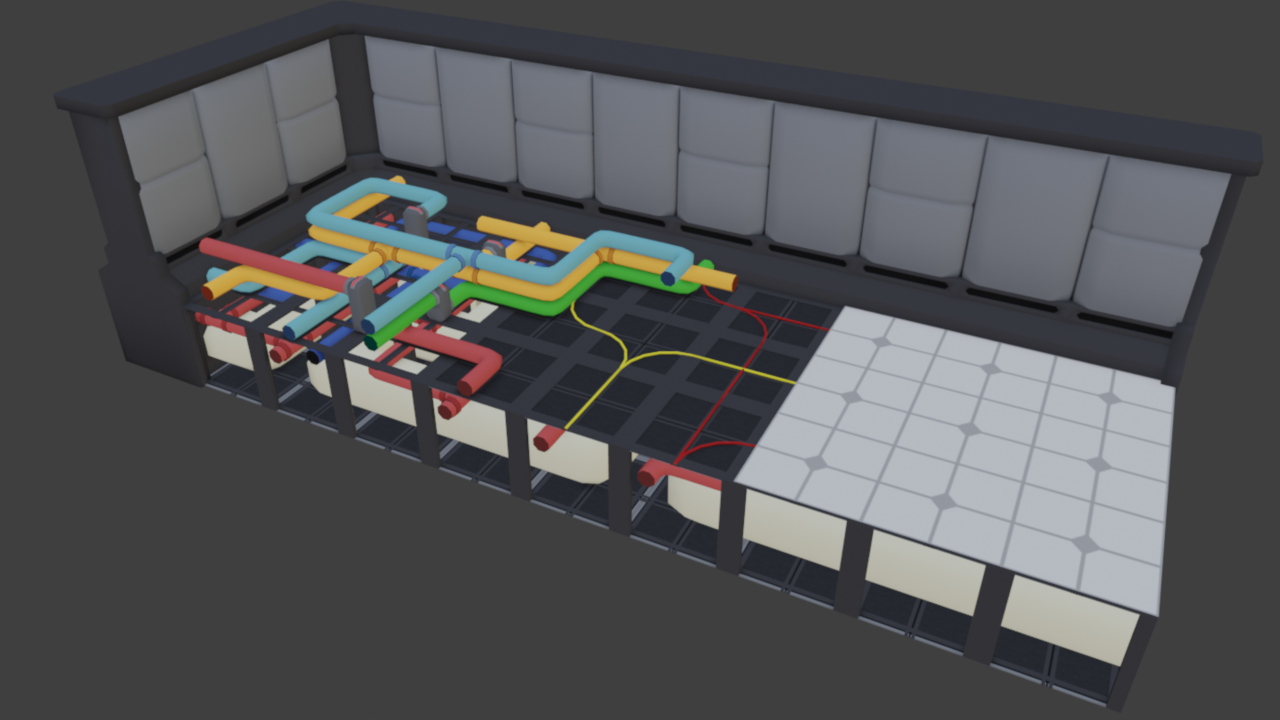 
One step back, one and a half steps forward, but this time, faster.

If you’ve been following the project since longer than this devblog has been around,(as of August, we are a year old, though, I hesitate to count our earliest efforts) you might know that we have once before had to scrap things before moving forward. On the coding side of things, we have something of a historically bad habit of starting off on the wrong foot in some fundamentally incorrect fashion. We continue to learn from our mistakes, however, and each time we do so, we barrel forward faster than before. That said, we did some scrapping early this month, so everything coding-wise here is new.

It doesn’t feel right to put this one anywhere besides the top.

New teaser video courtesy of Grimmie. Please share it with your programmer friends and tell them to come help us build the project. Technically an older piece from when this project was younger.

Specifically the cause for our this month’s scrapping, the networking solution that we were using before took an absurdly long amount of time to compile, which was awful for every obvious reason. We rebuilt using Mirror for our networking, and have since pretty much surpassed where we were before.

Lighting is kinda in a weird place for RE:SS3D due to it being intentionally unrealistic sometimes. There’s a bit of a balance between having light and dark work in ways that make sense without overwhelming the otherwise “flat pastel” visual design. Still WIP.

Once again from Milly, some brand new WIP FoV, displayed here, akin to the prior-designed FoV, but better.

New piping designs from Eiko! Beneath tile, there is room for disposals and two layers of pipes, and above tile, room for three layers of pipes for atmos shenanigans. Junctions are used to switch pipes between layers.

We now have a lovely Contribute page, specifically designed to help model centralize resources for model contributors! The resources there are quite neat to look at, even if you don’t have any specific modeling knowledge or background. We also updated the About page (finally)! We also updated the FAQ page (finally), too! Images load faster as thumbnails and can be clicked on for full-resolution! Site-specific writing courtesy of me (Sunberry), documents mostly courtesy of Eiko, and the site existing and improving to begin with as a whole is a continued effort courtesy of Stubenhocker.

In another step towards ensuring that the standard spessman can be properly disassembled, Eiko has now made it so that the ears can be removed.

Console as a joint piece between Eiko and Goao.

From Lightvelox, that one old mining satchel you might recall, a blowtorch, and the CMO hardsuit.

From Kiwav, a collection of hardhats for any safety-oriented spessman.

From deBARBA, small collection of birds, including that prior-seen cockatiel.

From Bathball, nougat in wrapper. Before this model, I had never fully understood what a nougat was.

A new poster from Konstantin, this time depicting the automated menace of the station, Beepsky.

From Grimmie, some wallpaper shots from what the teaser video was once intended to include.

This month we’ve made things more accessible for programmers to contribute to the project. There have been significant improvements due to this, but there’s always room for more. If you are a programmer, please help.

This is our monthly devblog, standing as evidence of our continued existence. Come visit us on Discord despite the fact that Discord is terrible.